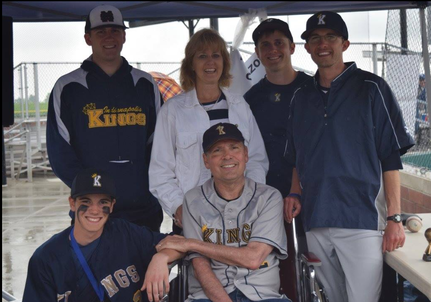 Together with his wife, Beth, Pastor Mark raised five sons, each of whom benefitted from the Kings organization spanning the years of 2005 to 2018.

In 2011 Mark was diagnosed with the incurable Lou Gehrig's Disease (ALS). He handled his diagnosis with grace and patience, showing each of us how to lean into our Savior, Jesus Christ; our one true hope.
​
​Each year it is an honor to present a worthy Kings player the Mark Judy Christian Character Award. 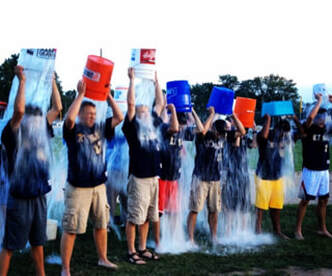 This challenge went viral on social media during the summer months of 2014. In August of that year some of the Kings' coaching staff and players gathered to support founder Mark and the ALS Association.
​Donations to the ALS Association can be made in Mark's name. 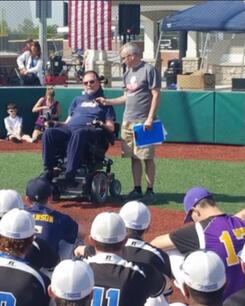 Mark bravely and boldly continued to live life in his wheelchair as a faithful follower of Jesus Christ. He lost his battle with ALS and stepped into eternity with His faithful Savior on December 20, 2017. 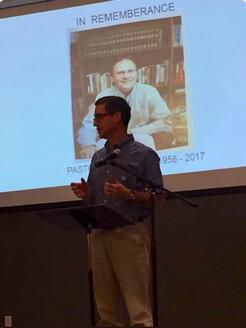 Attendees of the annual end-of-the-season Kings' Awards Banquet were treated to special speaker, Curt Wible, in 2018.

Curt, whose son played on the inaugural Kings team in 2005, shared memories and testimonies of Mark's passions, his endurance, and his love for the game of baseball, for his family and friends, and how he continued to lean on his one and only strength, Jesus Christ.